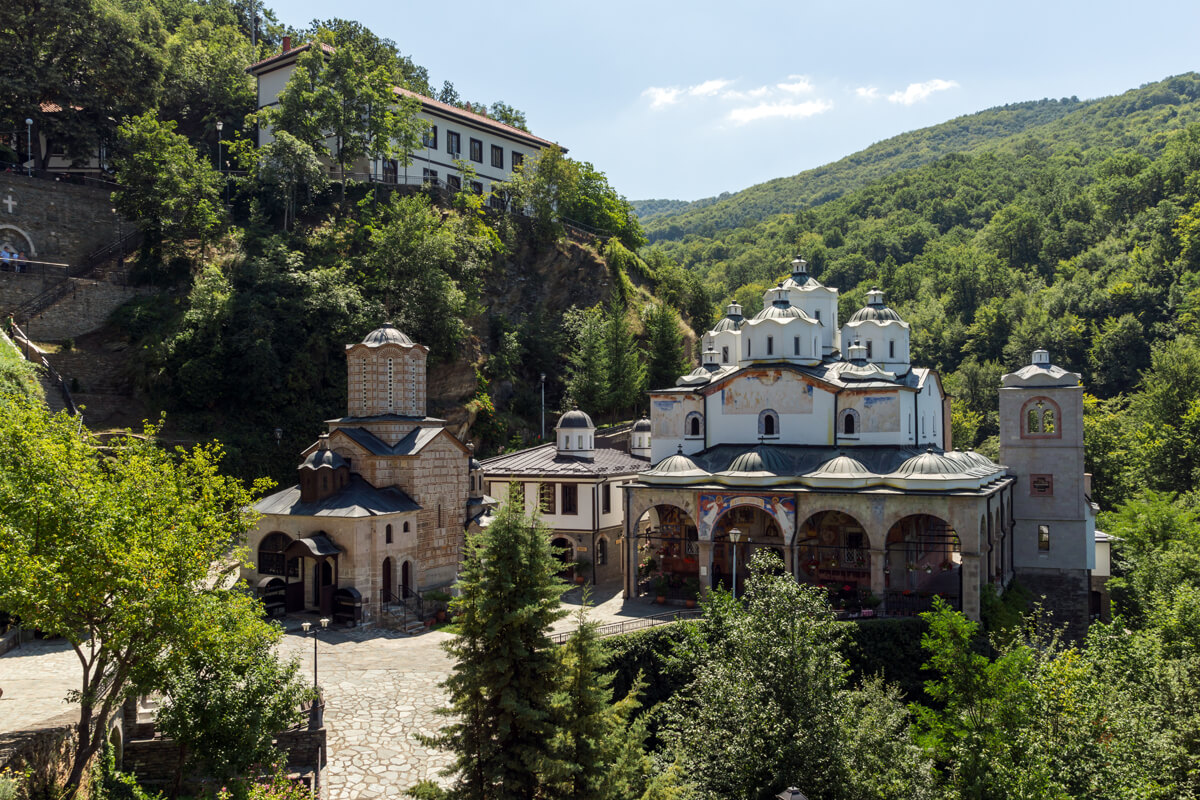 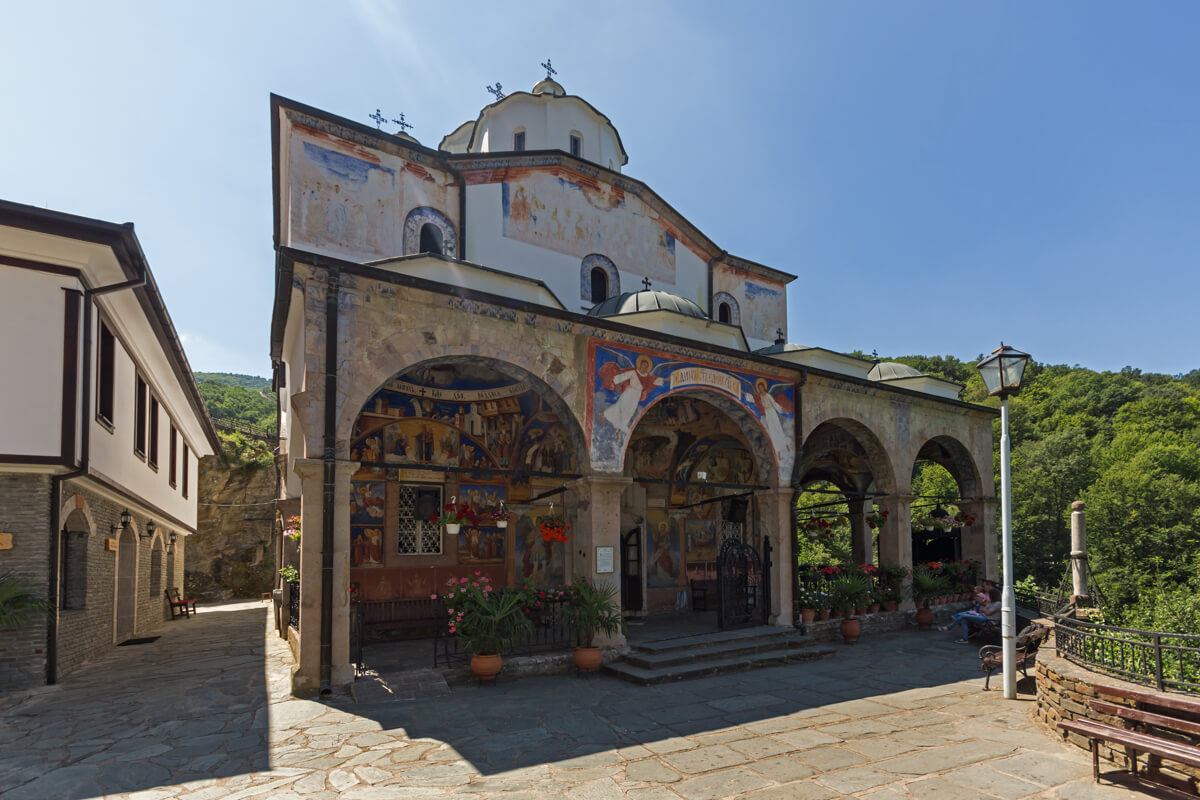 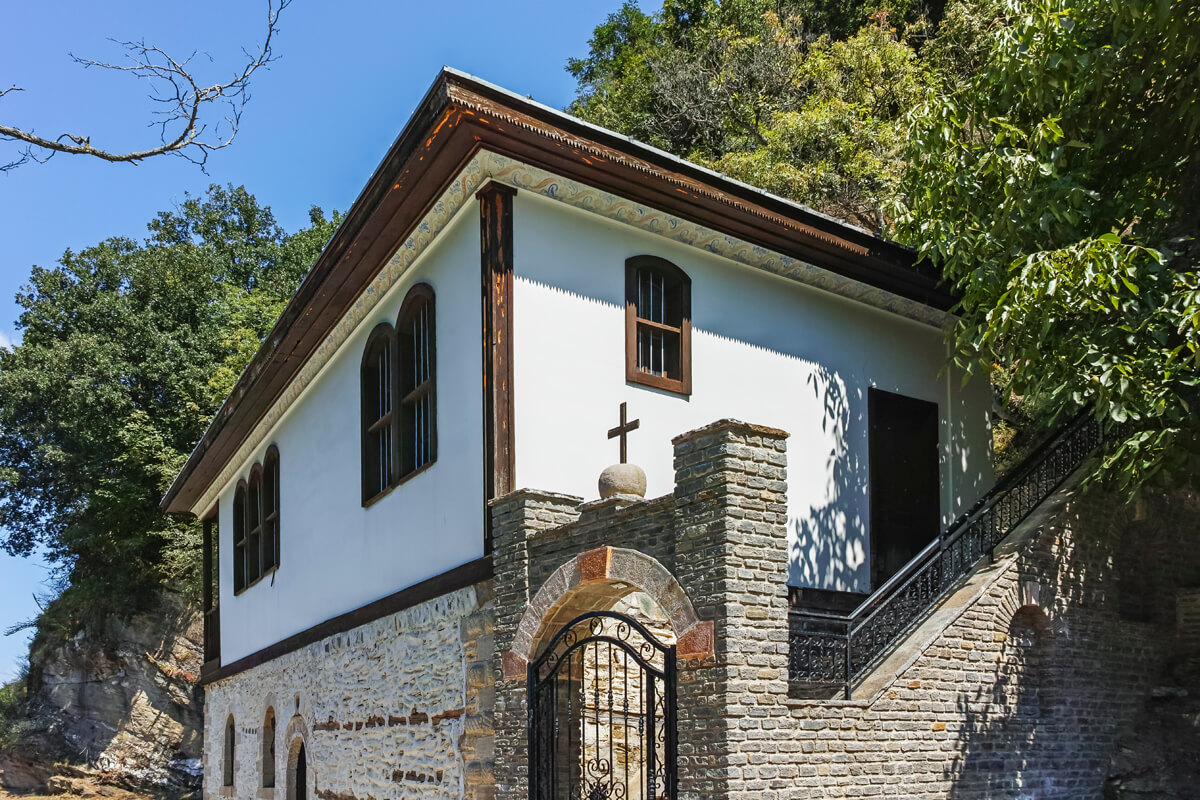 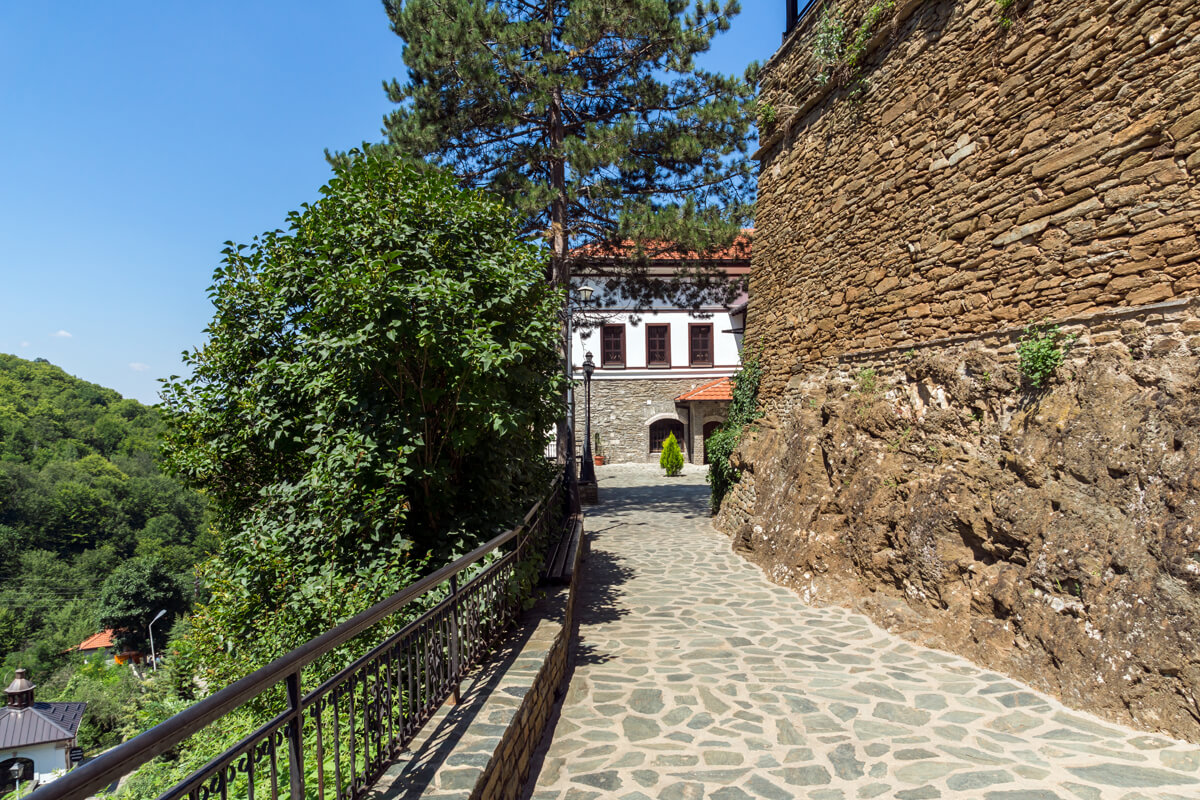 Osogovo Monastery is a Macedonian Orthodox monastery located near Kriva Palanka, 10 kilometres from the Bulgarian border on Osogovo Mountain and is situated 825 metres above sea level. The monastery consists of two churches including the larger "Saint Joachim of Osogovo" and the smaller "Holy Mother of God." The monastery grounds also consist of a bell tower, dormitories, a guardhouse, and a residency for the Head of the Macedonian Orthodox Church.

The monastery was founded in the 12th century, though there are no remains of the original monastery. The smaller church in today's monastery complex got its present look in the 14th century, while the larger one was built in the 19th century.

The larger, three-nave church, was built in 1851. It has 12 cupolas, which represent the 12 apostles, and porches on its southern and western sides. The smaller and older church, founded in the 12th century and rebuilt in the 14th century, is dedicated to the Holy Mother of God.

The monastery was founded by a priest from Ovče Pole in the mid-12th century. In 1585, during Ottoman rule, the church was converted to mosque for a short period of time after the bey of Kriva Palanka renovated it, though it soon became a church again. During the Austro-Ottoman War of 1690, the monastery was severely damaged and was to be destroyed by the Ottomans as punishment to the locals for siding with the Austrians during the war. Legend claims that the Ottomans spared the church after becoming overpowered by some spiritual force.

Today Osogovo Monastery is home to popular art colony and to an architecture school during the summer.