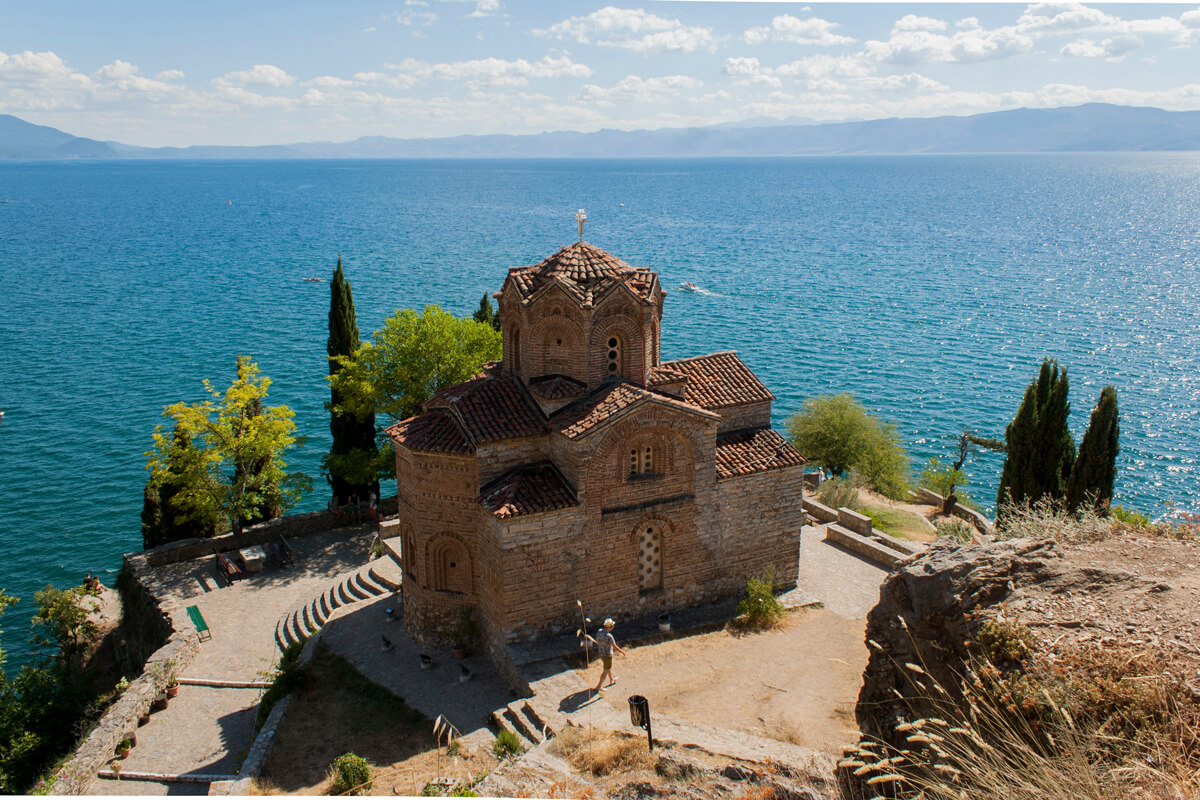 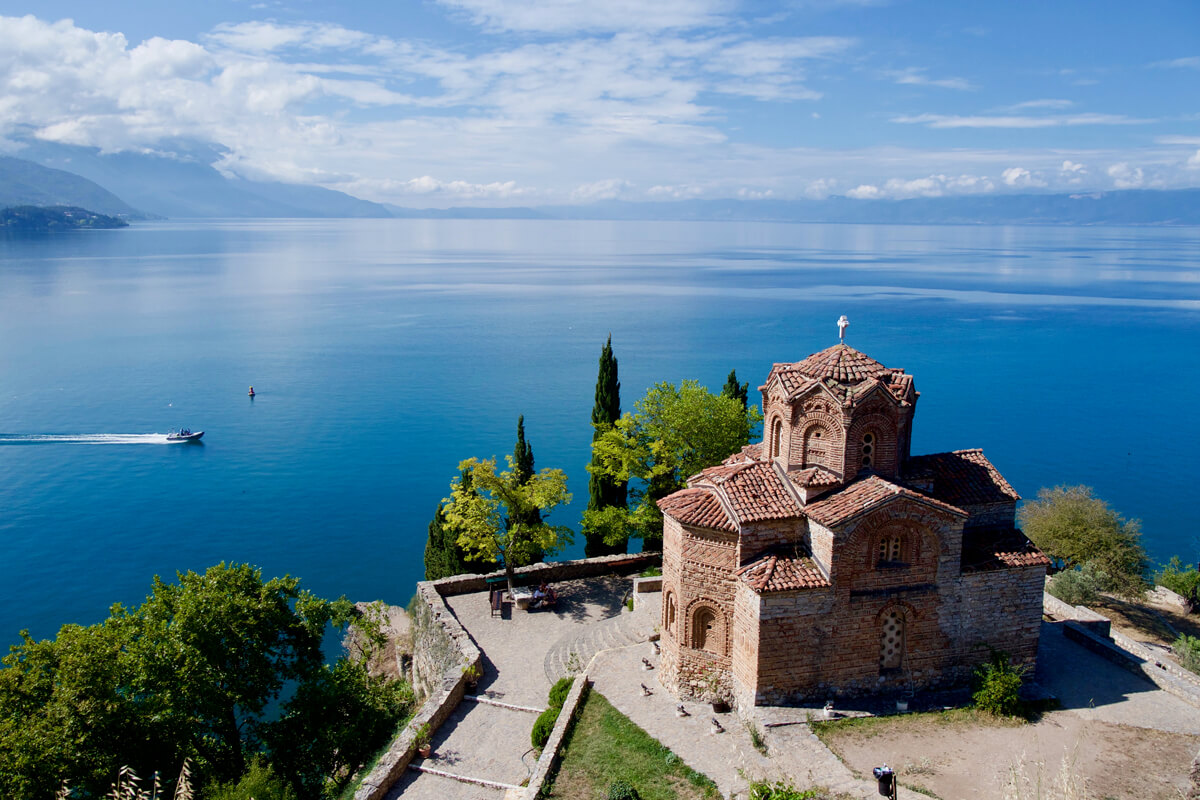 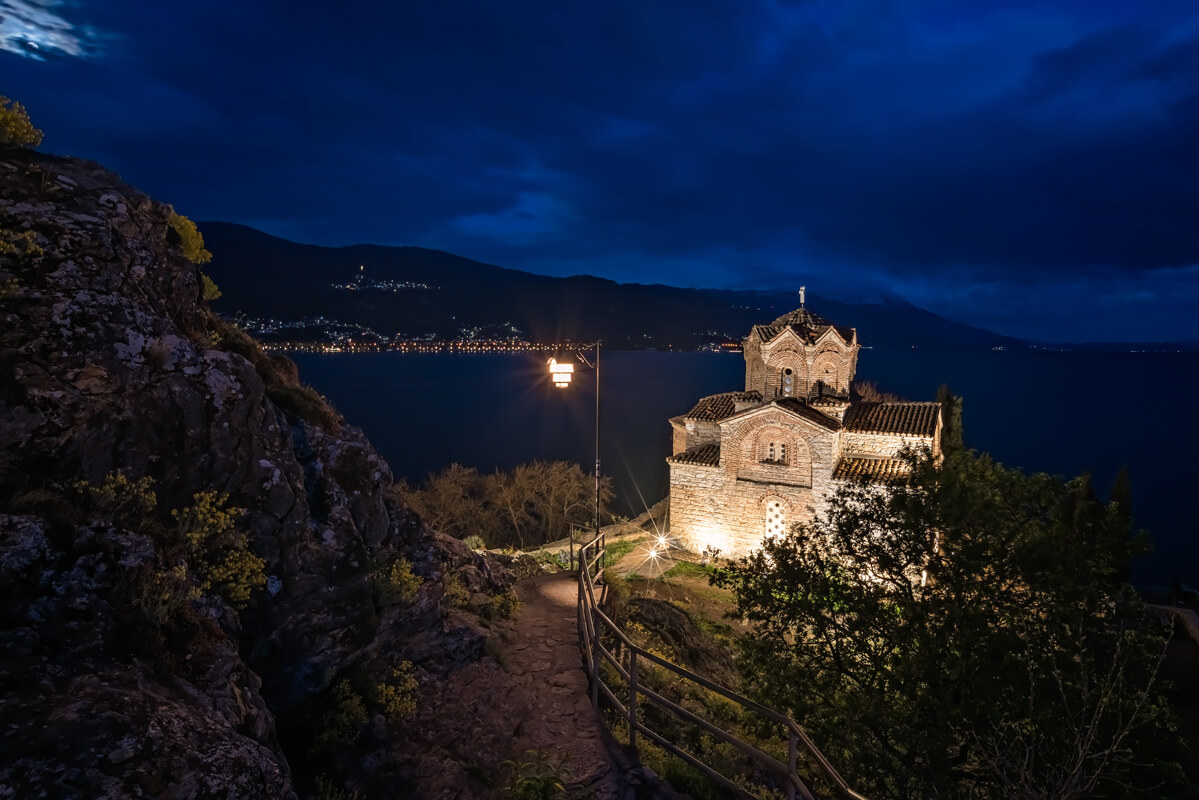 There is almost no citizen in the city of Ohrid, and Macedonia as well, who has never heard of the legend that says: there were 365 churches in Ohrid, one for each day of the year. If you look over and under the ground of the city, there might be even more. They all possess their own beauty, but St. John the Theologian, on the rocky hill over the beach Kaneo in the old part of the city is the most mystique, most photogenic and most famous church that beautifies the Ohrid Lake harbor.

It is a single navel, octagonal church, dedicated to St. John the Theologian, built on the rocks over the overwater cave church dedicated to the Presentation of the Blessed Virgin Mary. Its construction started in 1365 under the auspice and foundation of the sebastokrator Branko Mladen, proclaimed to be the ruler of the city of Ohrid by the Serbian Tsar Stefan Dushan. The church, apart from the saint, has gained the name after the old fishermen’s suburb Kaneo, which is in its vicinity. In this church, in the first half of the 13th century, the Epirote ruler Theodore I Angelos was crowned as a Thessaloniki king by the Ohrid archbishop Demetrios Chomatenos.

Special importance for the fresco-painting in the church is a mutual representation of the three big preachers: the first holy episcope, teacher and enlightener, as well as patron of Ohrid, St. Clement in the 10th century, the Ohrid archbishop Konstantin Kavasila in the 13th century and the first early Christian missionary in these areas, St. Erasmus of Formia in the 3rd century. It is quite amusing to mention that the Church of St. John the Theologian – Kaneo reminds a lot of the Armenian churches according to its built.