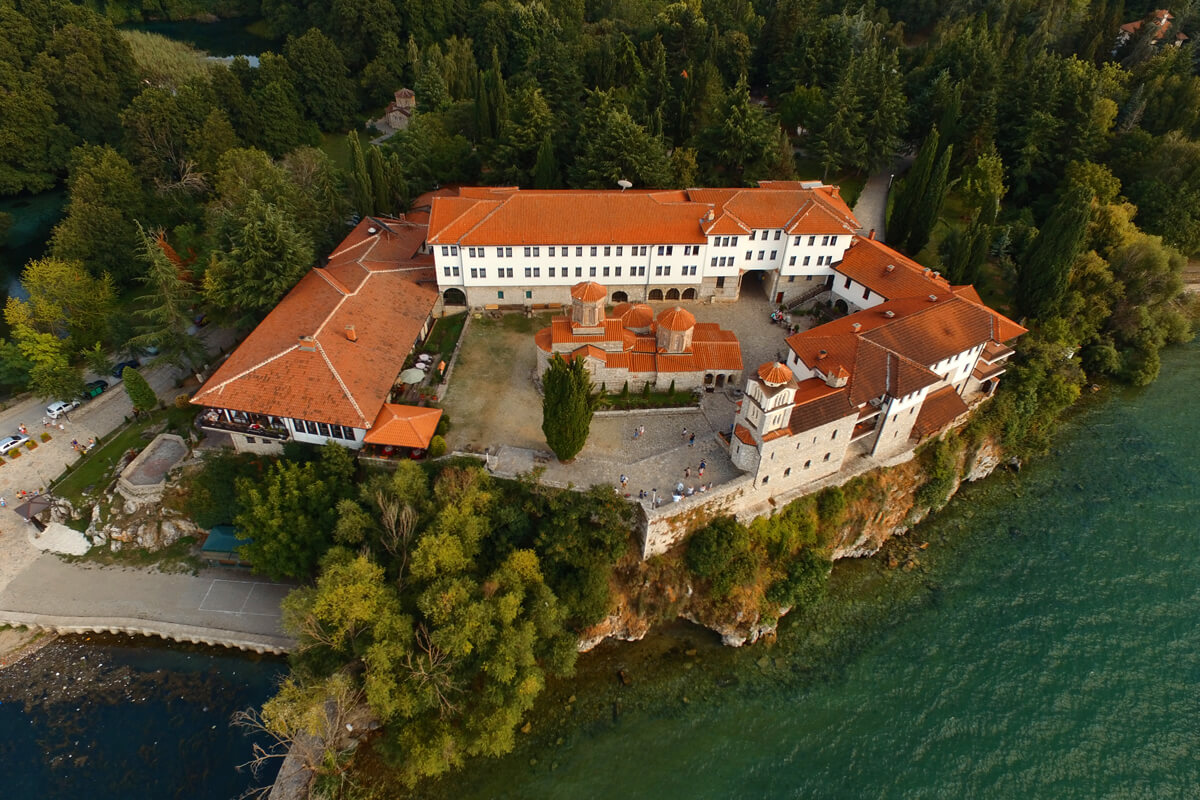 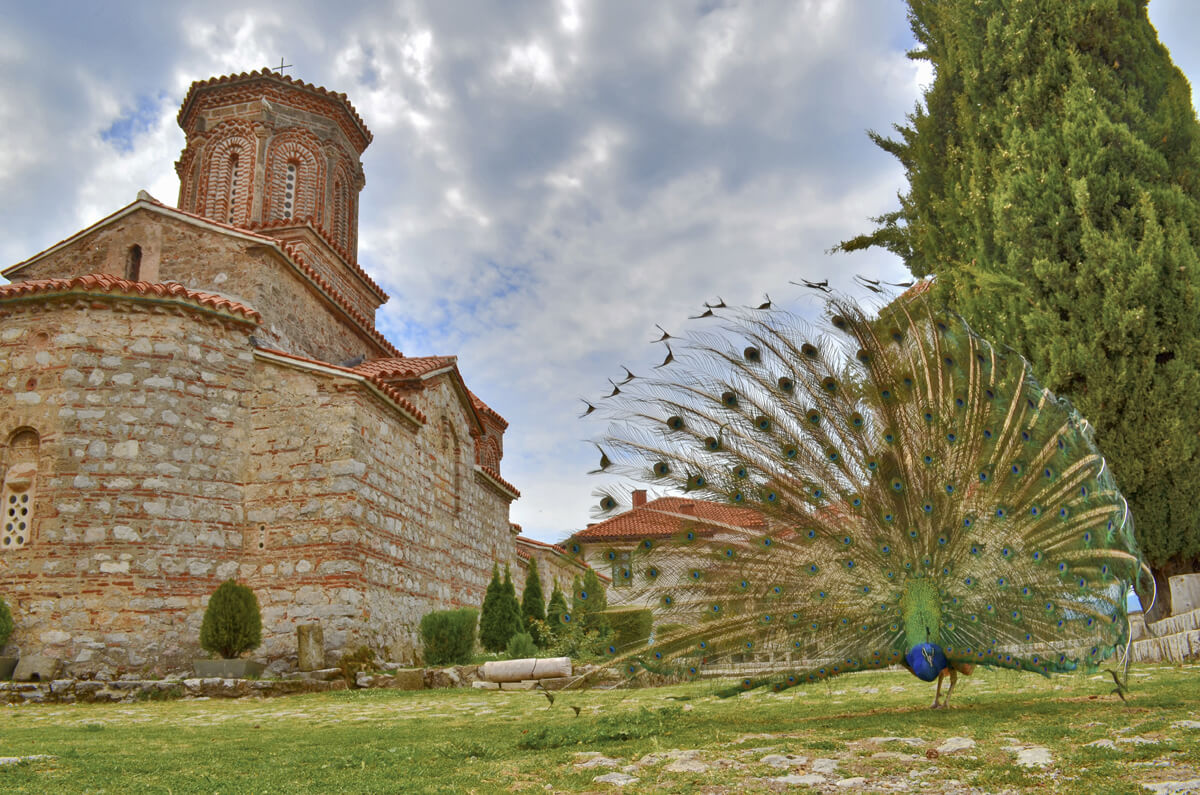 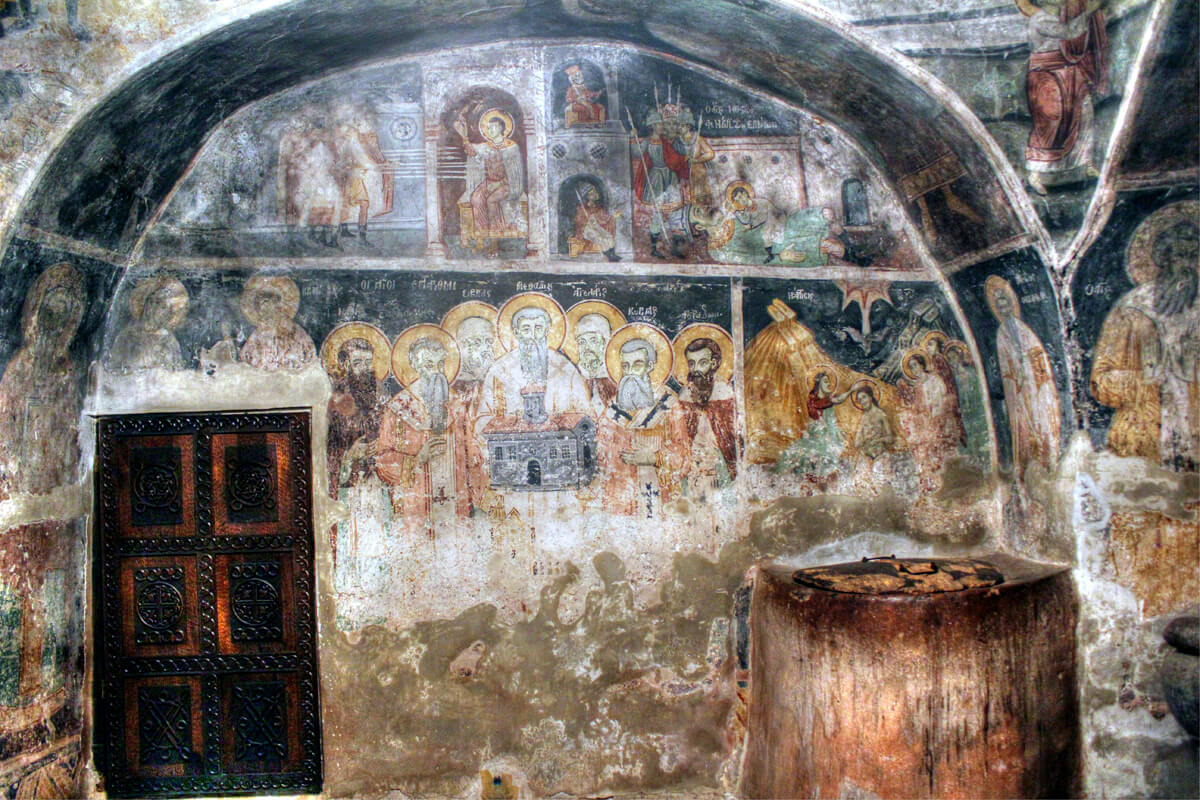 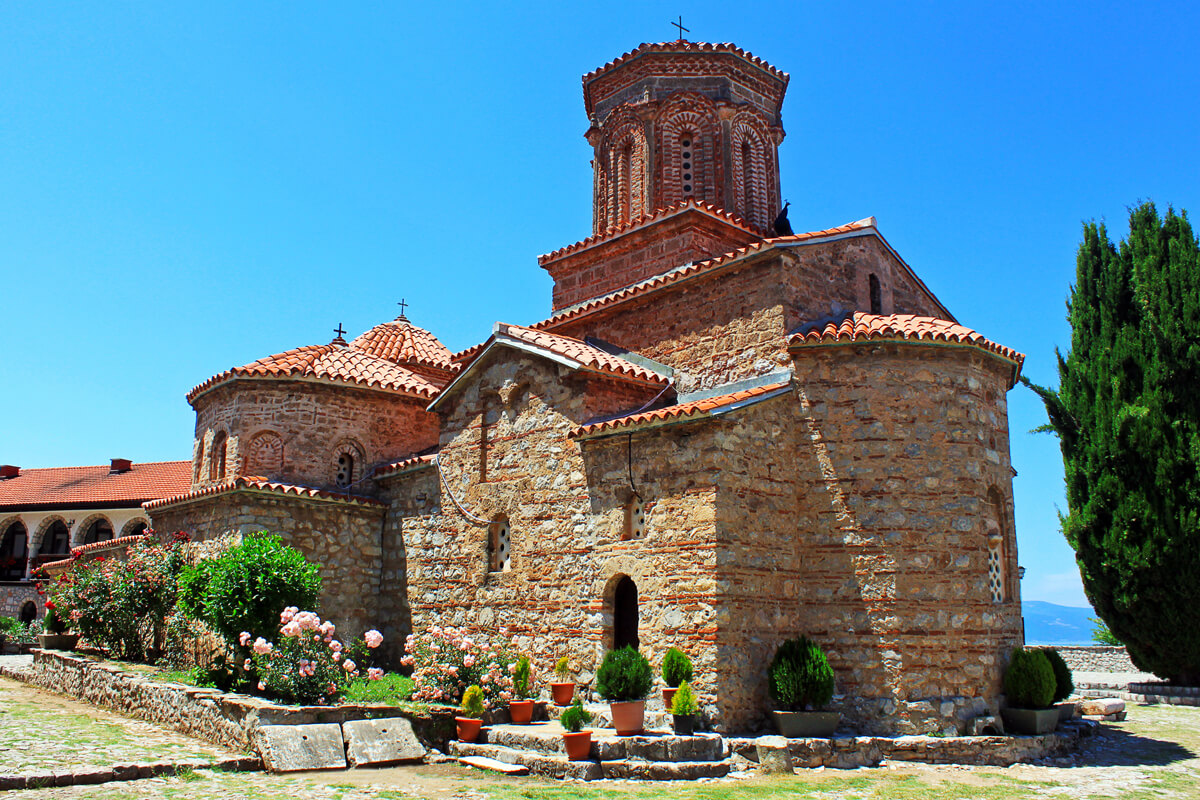 In the cliffs above the Ohrid Lake, 29 km from the city of Ohrid, surrounded by a divine nature, between the endlessly crystal-clear blue lake and the high Galicica Mountain massif, stands the monastery St. Naum as a witness of the Middle Ages, the culture, history and tradition.

The most beautiful part of the complex is the church of stone and bricks in the shape of an inscribed cross. St. Naum Ohridski, a contemporary of St. Clement of Ohrid and one of the most significant disciples of Ss. Cyril and Methodius, was known for his miraculous healing power. He erected the church dedicated to the Holy Archangels Michael and Gabriel, in the 9th century. In 910, after his death, St. Naum was buried in the small chapel of the church, adorned with impressive frescoes presenting his life and miracles. The pillars contain remnants of Glagolitic and Cyrillic scripts from the 10th century, which testify the beginnings of the Slovenian literacy.