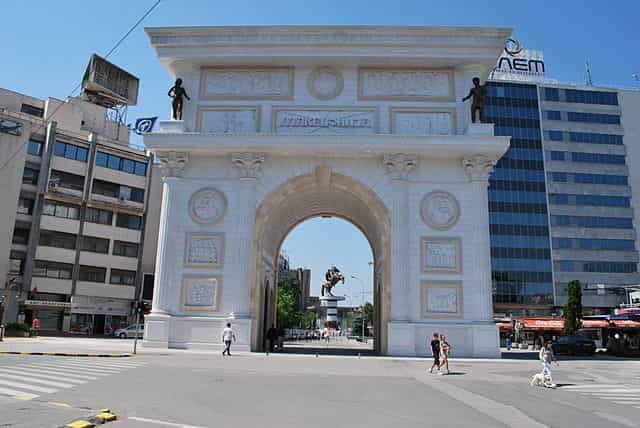 Porta Macedonia (Macedonian: Порта Македонија) is a triumphal arch located on Pella Square in Skopje, North Macedonia. Construction started in 2011 and was completed in January 2012.
The arch is 21 meters in height and its author is Valentina Stefanovska, sculptor who made several other grandiose monuments from Skopje 2014 project, including the statue dedicated to Alexander the Great officially named "Warrior on a Horse.