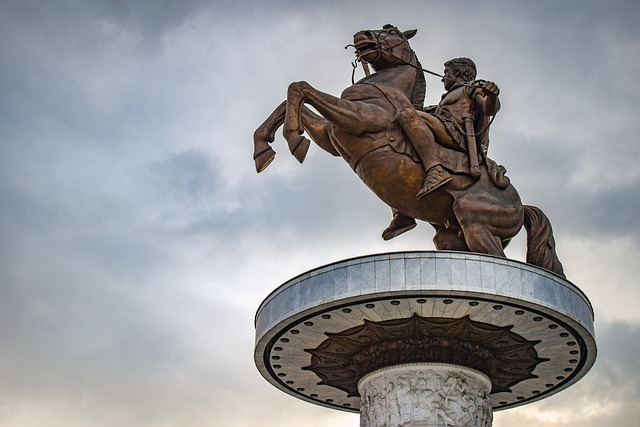 This massive monument / fountain is placed at the center of the main square of Skopje, the capital of North Macedonia. It is part of the controversial project 2014 that provided significant number of new monuments displayed in various parts of the city.
The Warrior on a Horse is probably the most attractive and by that provocative monument presenting the complex symbolic related to the antic kingdom of the biggest emperor Alexandar the Great.
The square is the biggest in North Macedonia with total 18.500 m2. It is located in the central part of the city, and it crosses the Vardar River. The Christmas festivals are always held there and it commonly serves as the site of cultural, political and other events. The independence from Yugoslavia was declared here by the first president of Macedonia, Kiro Gligorov. The square is part of the Skopje 2014 project.