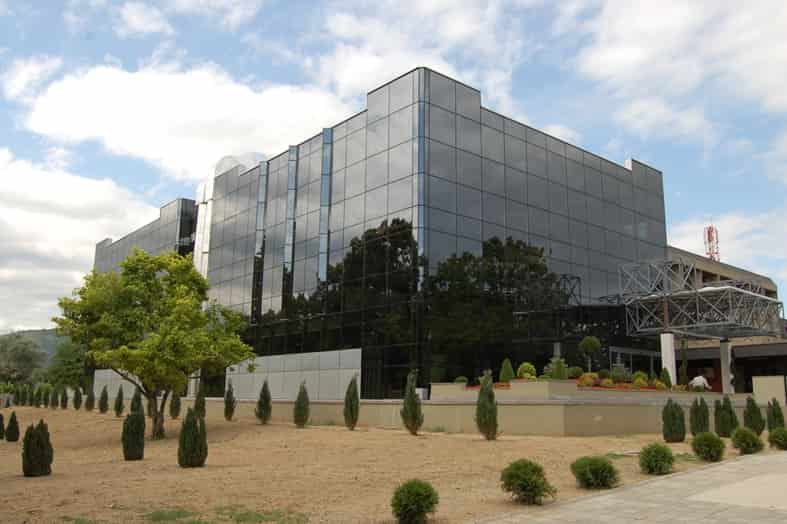 The National and University Library (NUL) "St. Kliment Ohridski" in Skopje is one of the first established institutions with the decision of Anti Fascist Assembly of the National Liberation of Macedonia (ASNOM) on 23rd November 1944, when the Second World War was not yet finished.
The rich library tradition on the soil of the Republic of Macedonia, whose roots stretch back to the deeds of pan-Slavonic educators St. Cyril (826-869) and St. Methodius (820-885) is the same foundations on which the Library began to build and develop its activity. Its patron, Saint Clement of Ohrid (830-916) established the first monastic library in Ohrid, in the Monastery of St. Panteleimon, and he is considered to be the founder of the librarianship in these parts. Numerous medieval monastic libraries in Macedonia, part of whose funds we have today, continued the library tradition on the territory of Macedonia.
The initial fund of the National and University Library "St. Kliment Ohridski " amounts 150,000 library units, mostly university textbooks and scientific publications in the field of humanities and social sciences: literature, ethnology, geography, history, etc., and also, significant titles from the reference literature (encyclopedias, dictionaries, bibliographies) and approximately 300 titles periodicals.
For more information visit /www.nubsk.edu.mk/