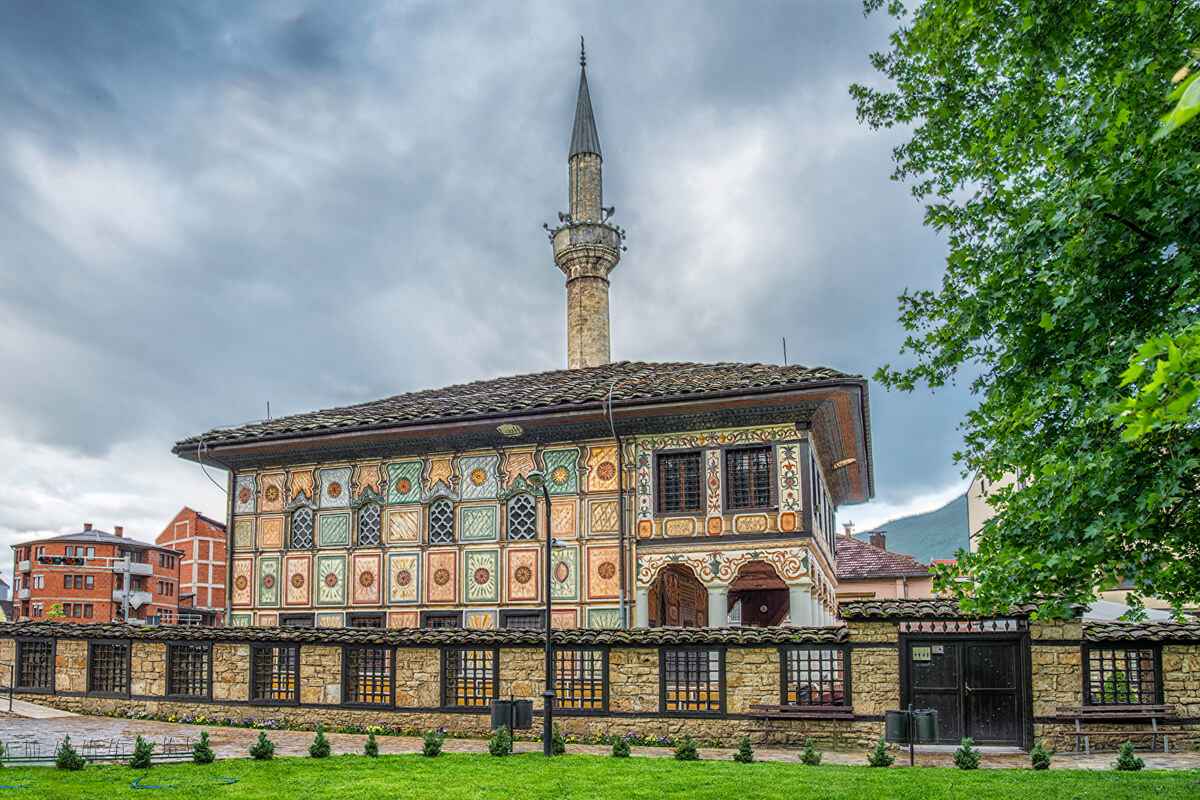 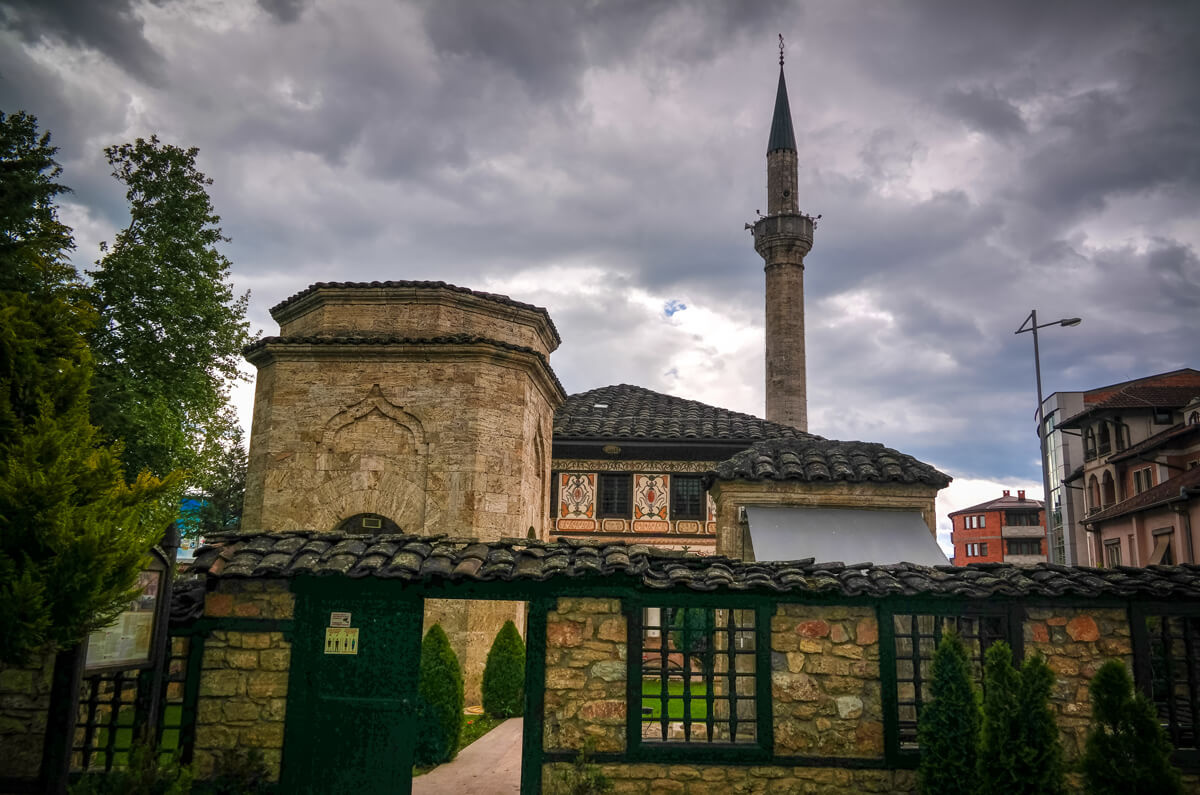 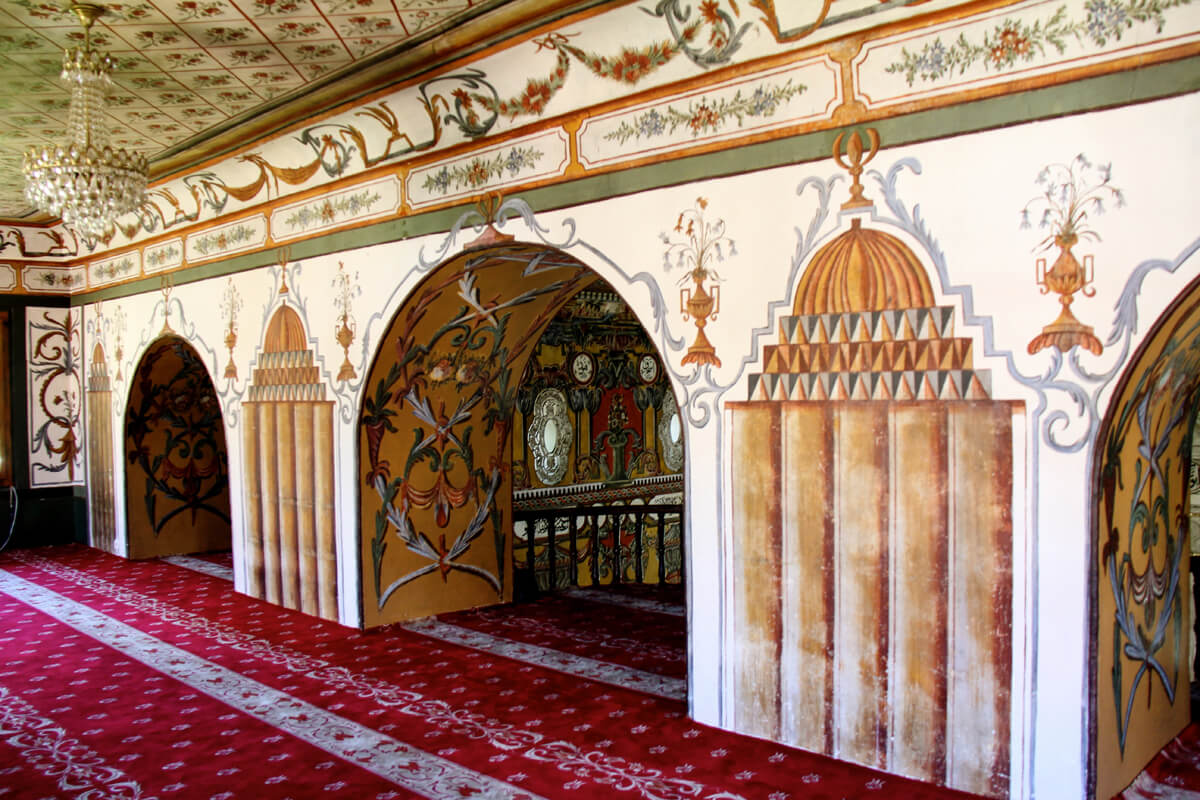 One of the most beautiful and most representative buildings in Macedonia, as well as the most recognizable site of the city of Tetovo is the Colorful mosque. It is located in the old part of the city, on the right side of the Pena River, dating back to 1495. Anyway, its present form, according to the inscription above the front door, reveals that it dates back from the first half of the 19th century when it was shaped on the foundations of another older object. It is also known as the Pasha Mosque, after Abdurhman-pasha, who was a Turkish feudal ruler in the Tetovo pasha-county and invested means for rebuilding and enlargement.

This religious object is unique in its beauty and is intentionally placed in the anthologies of Islamic architecture. It features an one-space square structure that combines Baroque and Neoclassical Ottoman building style. The experienced craftsmen from Debar – the Mijak crew, builders and piss artists are responsible for these unique and lively painted ornaments. The building is under the protection of the state and represents the most significant preserved accomplishment of an Islamic religious object on the territory of Macedonia.