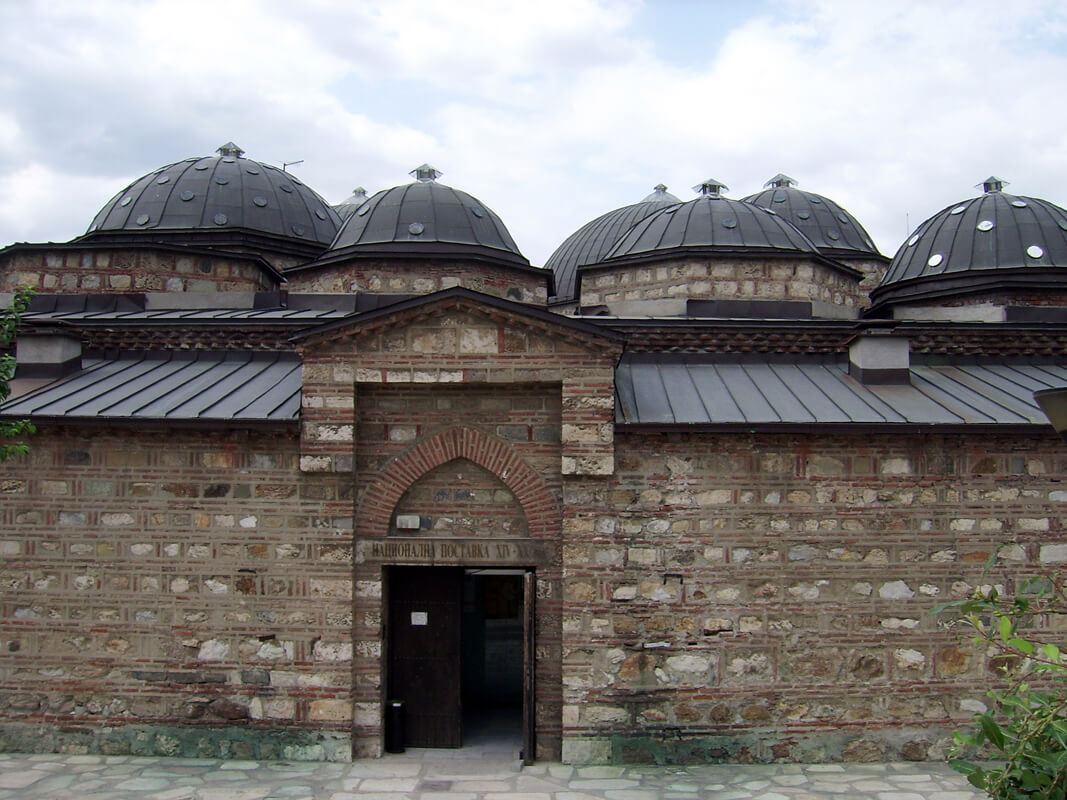 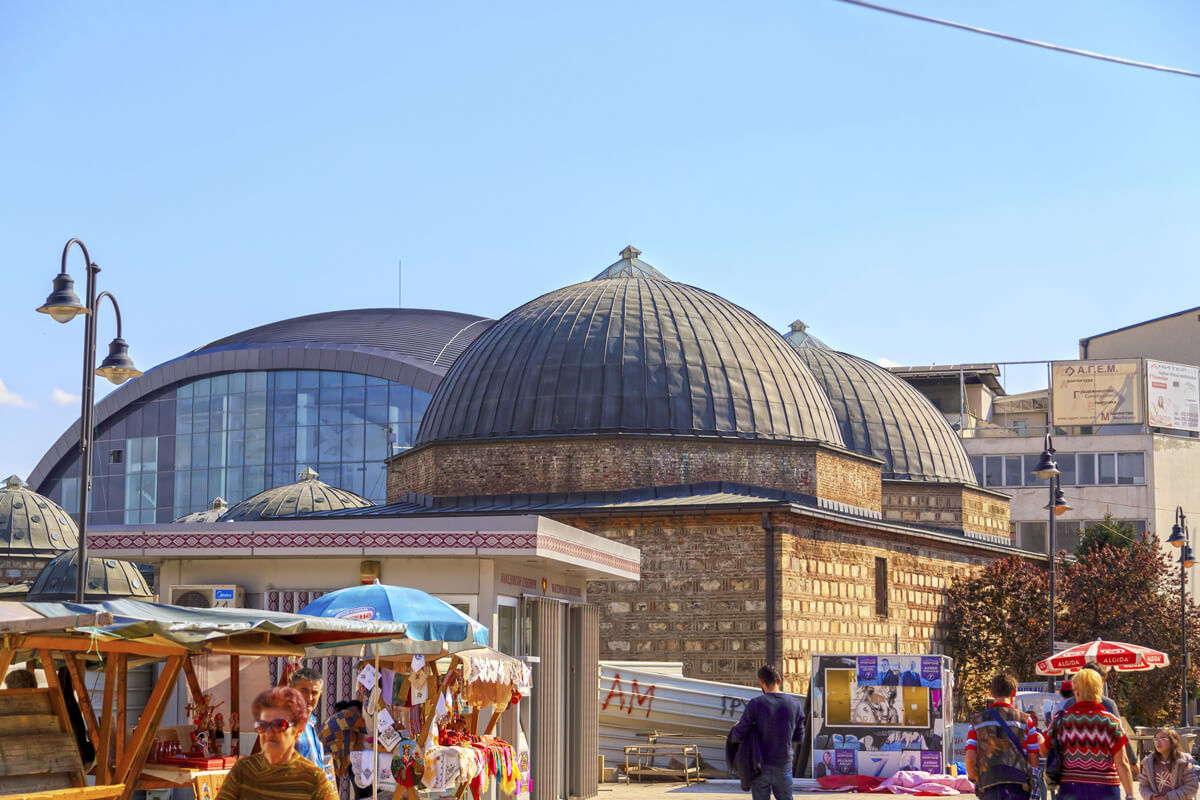 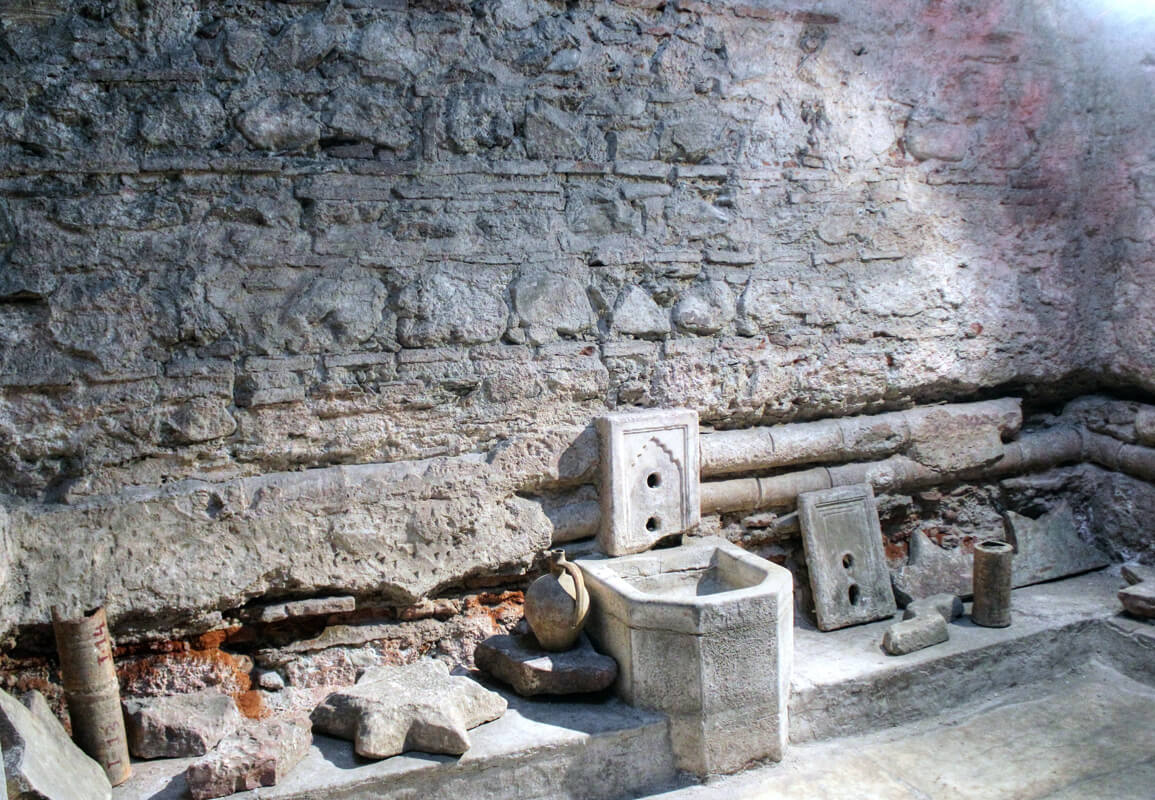 It is prognosed that this hamam was built in the second half of the 15th century, at the time when Daut Pasha, Rumelia’s vizier, lived in Skopje. It is located near the Stone Bridge, on the left side of the River Vardar, at the entrance of the Skopje Old Bazaar. The object significantly suffered when Skopje was set on fire by Piccolomini in his counter offensive attacks towards the Ottomans in the 17th century.

On the outside, the object is specific according to the way it is built by interchangeably placing bricks and stones. Two great towers emerge on the western side, and the rest is covered with 11 smaller domes, unsymmetrically places. The interior is enlightened with starry openings of the domes built by glass. This hamam has two separate entrances since it was a double (cifte) hamam, one for men and one for women. The entrances were not to be found on the same side due to the cannons in the Muslim religion. There are acknowledgements that the hamam was never really used as an hamam.

Today, the hamam is used as an art gallery and the headquarters of the Macedonian National gallery is situated there.