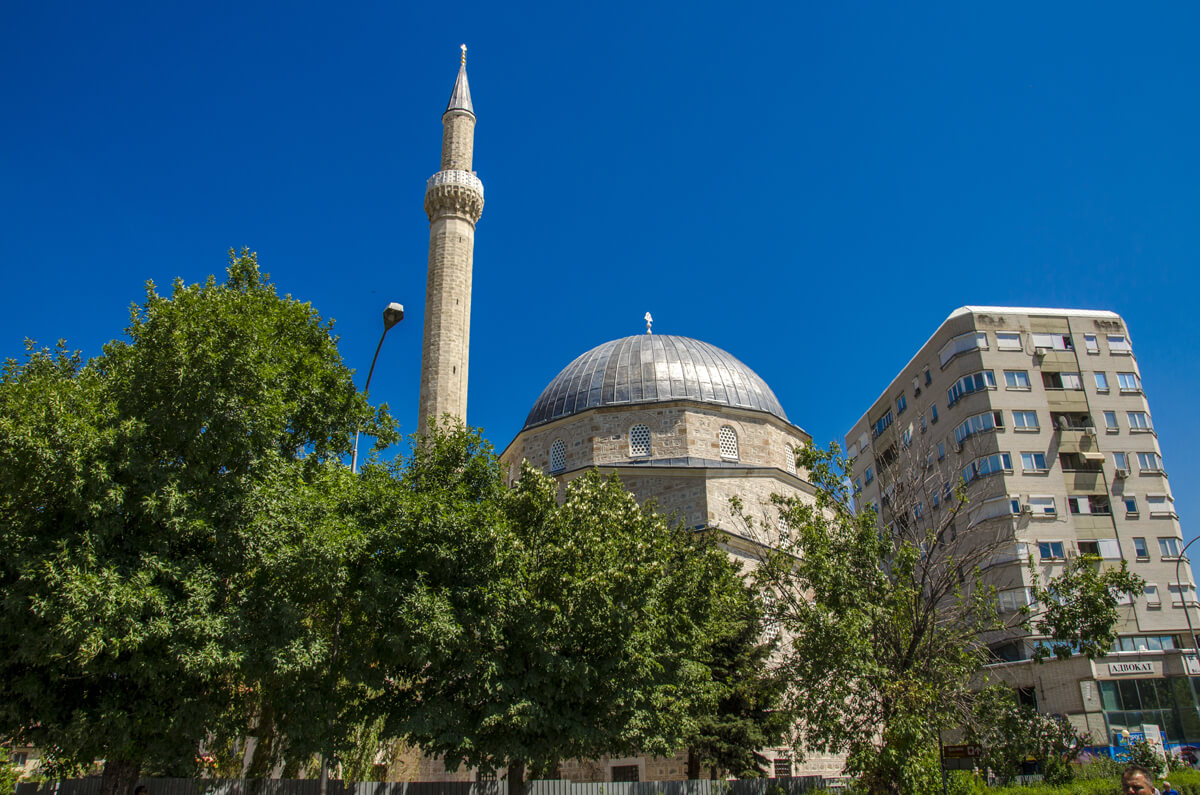 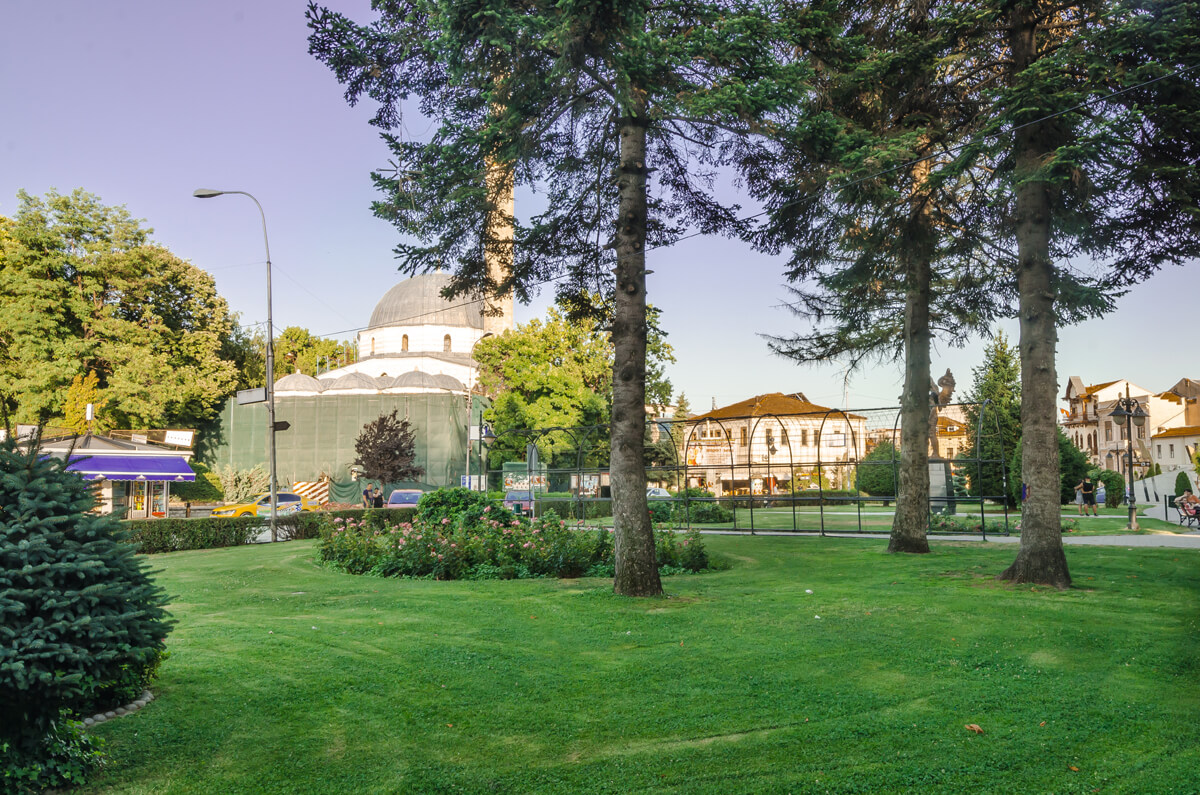 Iskhak Chelebi Ibn Issa Mosque is built in 1506, and it is one of the oldest preserved mosques in Bitola. It is opposite the Clock Tower and the Great Bezisten, and it is a mosque whose minaret is around 50 m. high, simply dominating in the area. This mosque was just a part from the great wakaf of the founder who, despite building this mosque, had also built a madrasa, a kuttab, 103 shops, fields, 20 mills and many other objects.

This one-room under-dome mosque surrounded by the permanently cut greenery represents a real heaven for the soul of its founder, and to the believers who come peacefully to say their prayers or simply listen to the god’s kindly words. It is built according to the cloisonné technique, where one interchangeably mixes cropped stone and brick, and gets an unusual yet attractive look on this object. The playful colours and forms are embroidered on every part of the mosque. The transfer of grey to black, blue, gold and stronger cobalt- blue, dark green and dark red colour give certain uniqueness. Its impeccable look cannot be complete if we do not mention the golden levha in a form of disk which was a gift from the Sultan Reshad V, and it is also preserved even today with exceptional attention.