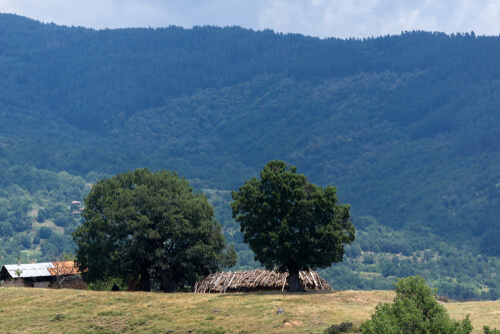 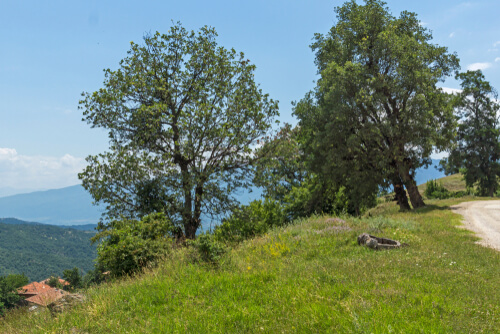 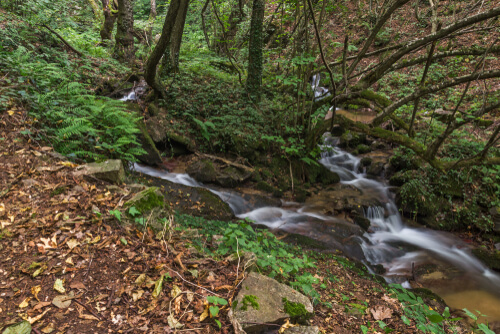 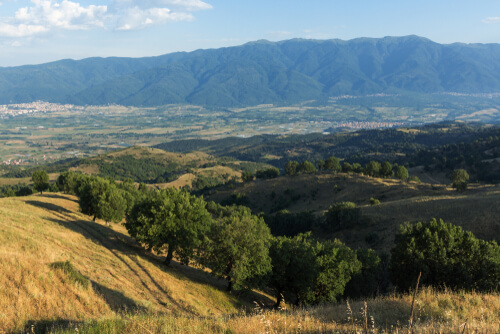 Belasica is a mountain on the south-eastern part of Macedonia and is amongst the oldest mountains not just in this country, but the Balkan as well. It was formed during the creation of the Rodop mountains. According to its height, it belongs in the group of relatively high mountains. The highest peak is Kalabak – 2.029 m. The peak Tumbapak, which is 1881m, is on the triangle between Macedonia, Bulgaria and Greece. There is also a border stone place in the shape of a pyramid, designating the triangle between these countries.

Belasica is opulent with woods, and lovely forests fields. Only the upper peaks of the mountain are bare and rocky. The downhills are abundant in thermal springs and mineral waters, most famous being the source in v. Belasica. The water from there is healing, mineral and sulphur with a temperature of 75°С, meaning it is the warmest source in the country.

One of the most attractive waterfalls in Macedonia is on Belasica – Smolarski Waterfall. Since 2001, every year in August, there is an international hiking on the peak called Tumba (Triangle) known under the name “Balkan without Borders”. The hiking starts from the village Smolare to the peak and lasts for 4-5 hours. The Smolarski waterfall is the only permanent waterfall in Macedonia with a water drop of 39.5 meters. Hidden in the deep forests of the northern slopes of the Belasica Mountain, along the Lomnica River, at an altitude of 600 meters in the region of the village Smolari - Strumica, you have the opportunity to enjoy a slightly different view - unrealistic natural beauty and silence solely disturbed by the buzz of the water. To get to the waterfall, you need to travel along a narrow, winding road to the village Smolare. From the village to the waterfall you need to hike along an appropriate built path, with wooden staircase and wooden fence. Belasica Mountain is believed to hide a few more untouched waterfalls, which are almost impossible to reach, but one can hear the sound of their buzzing echoeing in the mountain.